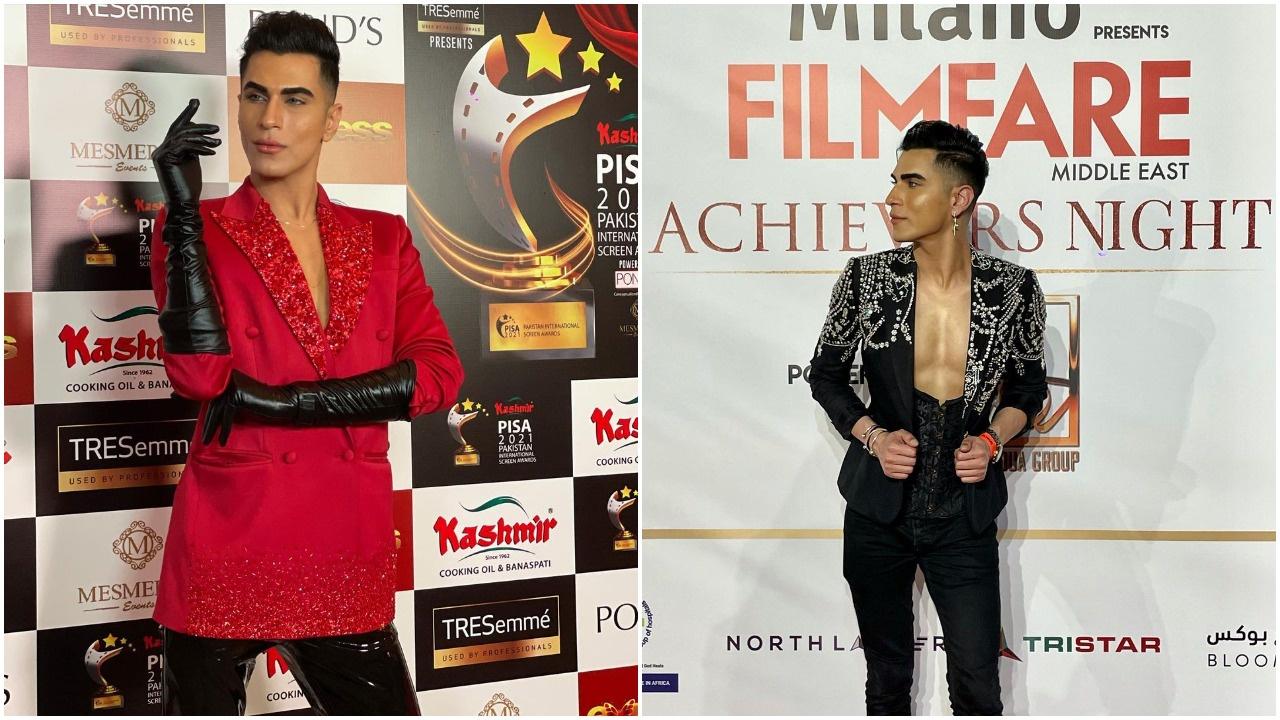 Adnan Zafar is a Dubai-based TikTok star and Pakistani Model. Hailing from Pakistan, the middle-eastern male model has gained a worldwide fandom because of his doll-like features. Adnan Zafar, also known as, Ken doll on his social media accounts, was born in the small town of Faisalabad In Pakistan. He can be easily recognised by his tall stature and almost ‘Plastic Ken doll’ facial features. Ken doll is the male version of Barbie which is what inspired his name on social media.

Adnan Zafar was born on 3 January 1989 which makes him about 32 years old as of 2021. He is a Muslim. His zodiac sign is Capricorn. He stands tall at 6 feet 2 inches. He has dark brown eyes and naturally thick black hair. He weighs approximately 67 kg.

Adnan Zafar was born to Father Zafar Hussein and mother Khulsoom. He has a brother named Farhan Zafar. He studied at the St. Marry’s school in Pakistan. He is a graduate. He has a bachelor’s degree in Hospitality and Tourism from GC college in Pakistan. Adnan spent most of his early life in Pakistan, he only moved to Dubai to pursue better opportunities as a social media influencer.

Adnan Zafar is adored by his fans for being very talented and multi-faceted. His TikTok account went viral because of his facial features. He is very well-known amongst Indian audiences as well.

He is the first male model from Pakistan to work with the Danish Jewellery brand Pandora. The designer jewellery retailer has been around since 1982 and they let their customers design and customize their charm bracelets and jewellery.

He also works with many other skincare and makeup brands like MIschief, Dubaiwear, Parfums De Marly, Bioderma, Zero Makeup, Nars Makeup, WIshful skin, Swati cosmetics, etc. He does Editorial shoots or ads on Instagram for many such brands. He also advertises other beauty products like tools to get an instant chin-lift, hair implant surgeries, coloured contact lenses and hair straighteners.

In 2021, Adnan Zafar got invited to the red carpet of Filmfare New Achiever’s Awards. He arrived at the event in style in a gem-studded jacket designed by Dubai’s most famous Indian designer Silmi Dhrolia.

Before Adnan Zafar got famous, he actually got criticised a lot for his features and his ventures as a male model. But his positive outlook towards this hate made him stand out. His reactions to his haters and trolls will leave you laughing on the floor.